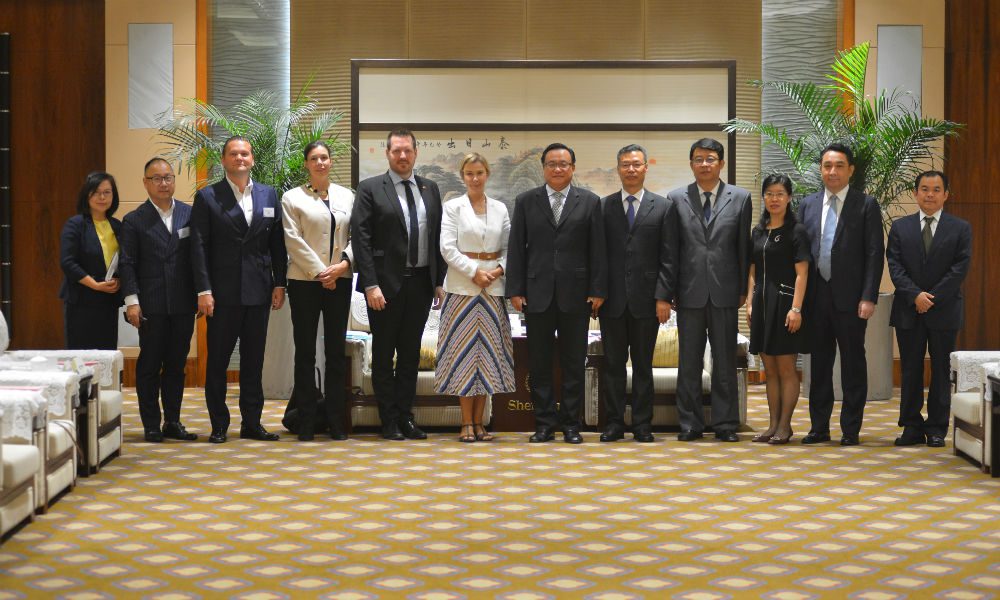 On September 25th, the Hammarby Eco City Alliance (from here on referred to as the Alliance), together with the Jinan Investment Promotion Bureau and Business Sweden, organized the China Jinan-Sweden Eco-City Industrial Cooperation Dialogue. The event was hosted by Jinan’s municipal People’s Government and the Embassy of Sweden, and co-organized by the Jinan Natural Resources Planning Bureau. The event was attended by noticeable participants, such as Ms. Helena Sångeland, Ambassador of Sweden; Mr. Sun Shutao, Mayor of Jinan City; Mr. Yin Zhongqing, Deputy Secretary General of Jinan City; Mr. Zhai Jun, Director of Jinan Natural Resources and Planning Bureau; Mr. Wu Tao, Deputy Director of the Jinan Investment Promotion Bureau, and members of the Alliance to only mention a few. 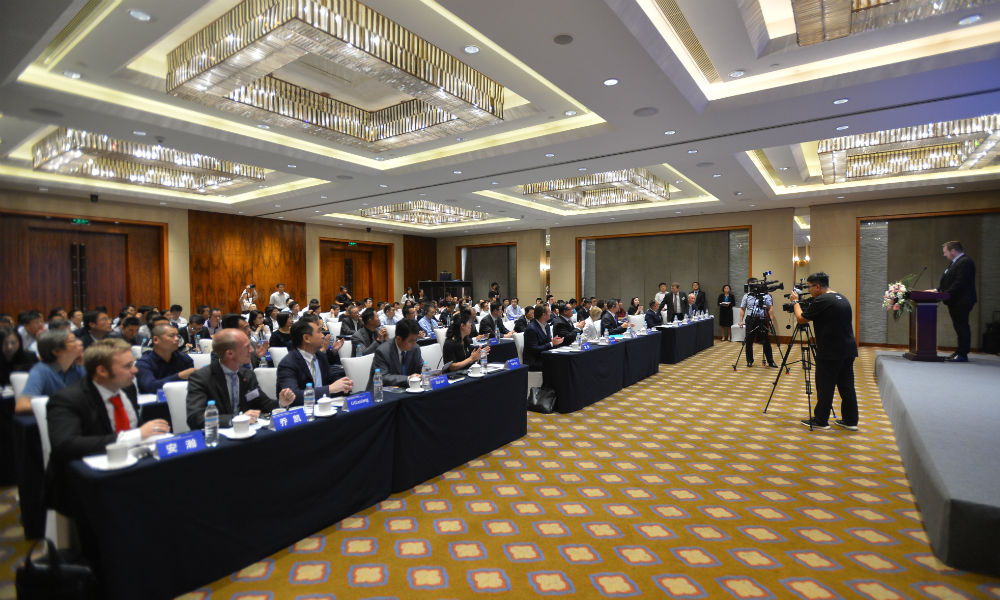 To show Sweden’s support for the smart eco-cities initiative of sharing Swedish resources in order to build the Hammarby Eco City Concept in China, Ms. Helena Sångeland, Ambassador of Sweden, had the pleasure of meeting Ms. Ren Airong, Deputy Governor of Shandong Province, followed by one of the Members of the Standing Committee, Mr. Sun Shutao, Mayor of Jinan City. The aim of the dialogue is to share Sweden’s experience in sustainable urban development, and the Jinan North project, as well as to discuss how to achieve sustainable development in China.

The city of Jinan has evolved into a major national administrative, economic and transportation hub, with beautiful water and natural scenery. The plan is to build new urban areas for 1,8 million people in the coming 16 years, a project the size of Stockholm. There is a huge business opportunity for Swedish companies to be involved in this project.

North Jinan’s first pilot project aims to create a sustainable city with respect to ecological space and limitations, human scale urban landscape, urban structures supporting the growing economy, and an efficient and polycentric development structure. North Jinan is part of China’s effort to move to modern modes of city development. If North Jinan succeeds, it will become a best practice example for China and the rest of the world.

Sweco, one of the Founding Members of the Alliance, contributes to all phases of the North Jinan project and Mr. Ulf Johansson, Senior Consultant at Sweco, presented both Hammarby Sjöstad and the experience of the North Jinan project at the event. A key takeaway is that a project of this scope requires different disciplines to work together, which has led Sweco to introduce ideas on a new governance model as well as a comprehensive training programs building for sustainable and smarter cities.

The current mission for the Alliance is to continue building a bridge between Swedish and Chinese resources. We look forward to working and achieving our aim together here in China.