Stockholm is the winner of World Smart City Awards 2019 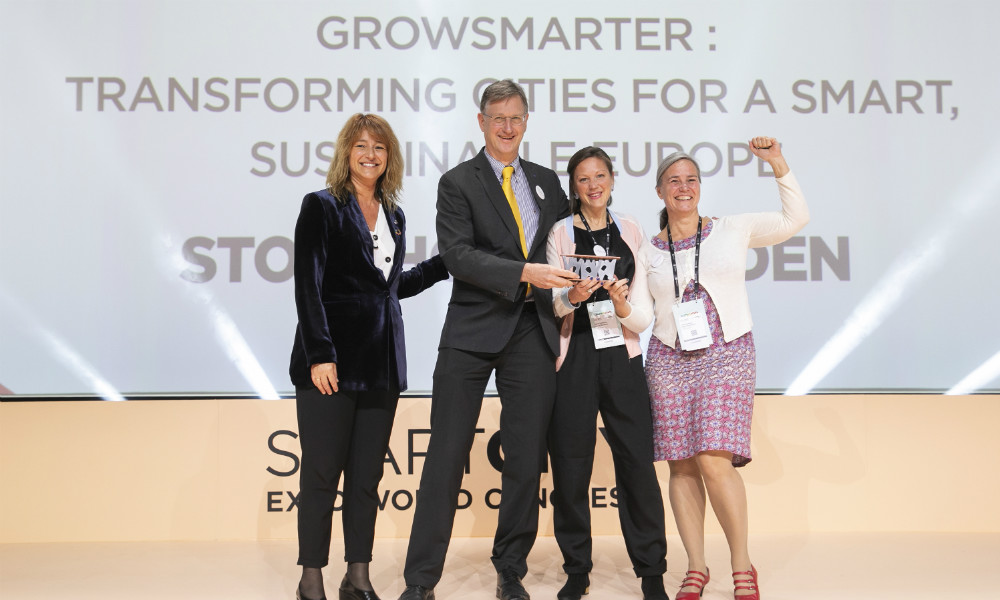 The City of Stockholm has claimed the prestigious title World’s Smartest City 2019 at the Smart City Expo World Congress in Barcelona on 20th November 2019. The World Smart City Award highlights projects, ideas and strategies that promote sustainable urban development, and it is awarded to a city that has a global strategy in combination with application of policy, initiative and projects that benefits its residents.

Stockholm won thanks to the GrowSmarter project, a project that Stockholm City leads and participates in together with seven other European cities. GrowSmarter brings together the public and private sectors to integrate 12 smart city solutions across energy, infrastructure and mobility for sustainable urban growth. The Swedish capital was commended for its innovation, openness and connectivity and efforts to improve living conditions for its residents through mobility together with better housing and infrastructure along with creation of the best environment for businesses. The goal is to create 1 500 new jobs and to reduce greenhouse gas emissions with 60 percent. Digitalization and new technologies play a vital role in this project and the Hammarby Eco City Alliance member Envac contributed to the GrowSmarter project with a smart waste collection system.

Read more about the GrowSmarter project in Stockholm City here.